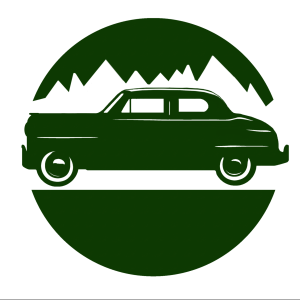 Born in 1893, as the the tenth of eleven children, Battista Farina earned the nickname “Pinin,” which translates from Italian to the “youngest” or “smallest” (brother). As he aged, the name stuck, in part thanks to his rather short stature. Pinin, however, would prove that the sky is the limit, regardless of your measurements.

Starting at age 12, he began working at one of his brother Giovanni’s Stabilimenti Farina body shop, where his love for automobiles evolved. He spent decades at the company, learning the ins and outs of coachbuilding from his big brother. Farina left his brother’s company to found Carrozzeria Pinin Farina in 1930. He desired to design and construct new car bodies and quickly earned a positive reputation for doing so. The 1931 Lancia Dilambda became one of the company’s first designs.

Throughout the 1930s, the company built bodies for the likes of Alfa Romeo, Hispano-Suiza, Fiat, Rolls-Royce and Cadillac, among many others. Around the time, Farina also pioneered what would become known as unibody construction.

World War II saw the company making ambulances and other war time vehicles for the Axis powers before bombers destroyed the factory. Following the war, the company set out to rebuild. Despite Italy being banned from the Paris Auto Show in 1946, Farina and his son Sergio drove two of their designed cars, a Alfa Romeo 6C 2500 S and a Lancia Aprilia cabriolet, to Paris and parked them near the show’s entrance. They were a hit.

Some of Pininfarina’s best known work comes from a partnership with Ferrari, starting in 1952. Around the same time, the company debuted its tweaks to the one year old Nash-Healey Roadster in America. Nash spent millions advertising its connection to the famed Italian coachbuilder, giving Pininfarina a boost in publicity in the US.

Battista Farina later legally changed his name to Battista Pininfarina. He continued designing and building cars up up until his death on this day in 1966. About a month before he died he debuted his last design, the 1600 Duetto for Alfa Romeo. Today, Pininfarina continues to offer design services, prototyping and limited series and one off builds.